The Legend of Haolan - Translation of Season Finale - Episode 62, Ending

Please note that although I am not a native Chinese speaker, I have been studying Chinese for over a decade. I did my best to translate the following Chinese text because many non-Chinese speakers who watch the television series "The Legend of Haolan" were left in the dark at the very end of Episode 62. They desperately want to know how things turned out for Li Haolan and Lü Buwei, but professional English translations for this final scene are currently unavailable. I have also included additional historical background information to help clarify any ambiguities between actual records and the television series.

** Note: In Episode 62, Li Haolan's son, Ying Zheng, decreed that she be imprisoned at her palace in Fuyang, not Yongcheng. Possible contradiction to actual historical records.

** Note: Mao Jiao suggested this course of action because when the Emperor, Ying Zheng, imprisoned his mother, he publicly violated societal norms of filial piety; hence Ying Zheng's need to escort his mother from Yongcheng back to Xianyang. Moreover, historical records indicate that Lü Buwei was banished to a remote region in southern Qin; however, the Chinese text here says that Lü Buwei was ordered by the Emperor to leave Henan province, most likely from the city of Luoyang. It seems as if Mao Jiao may have also persuaded Ying Zheng to banish Lü Buwei during his advocation of moving Li Haolan from Yongcheng to Xianyang. I further clarify this discrepancy after the following translated excerpt.

For over a year, Lü Buwei feared that he would be put to death, so he committed suicide by ingesting poison.

** Note: The Chinese text fails to mention that Lü Buwei's fear stemmed from Ying Zheng's suspicions about his immense popularity, perhaps instigated by Mao Jiao's persuasions as well as the envoys being sent by other kingdoms to entice Lü Buwei's allegiance. As a result, Ying Zheng chastized Lü Buwei in a letter and decreed the forfeiture of Lü Buwei's 100,000 households in Luoyang that Ying Zheng's father, Yiren, had originally awarded Lü Buwei for returning Yiren safely to Qin and for helping Yiren ascend the Qin throne. As an added precaution, Ying Zheng exiled Lü Buwei to a remote region in southern Qin. Distraught, Lü Buwei allegedly committed suicide upon receiving this news.

In the nineteenth year of the Emperor's rule, Queen Dowager Zhao died.

She was bestowed the posthumous title "Empress Dowager" and buried with Yiren, King Zhuangxiang of Qin. 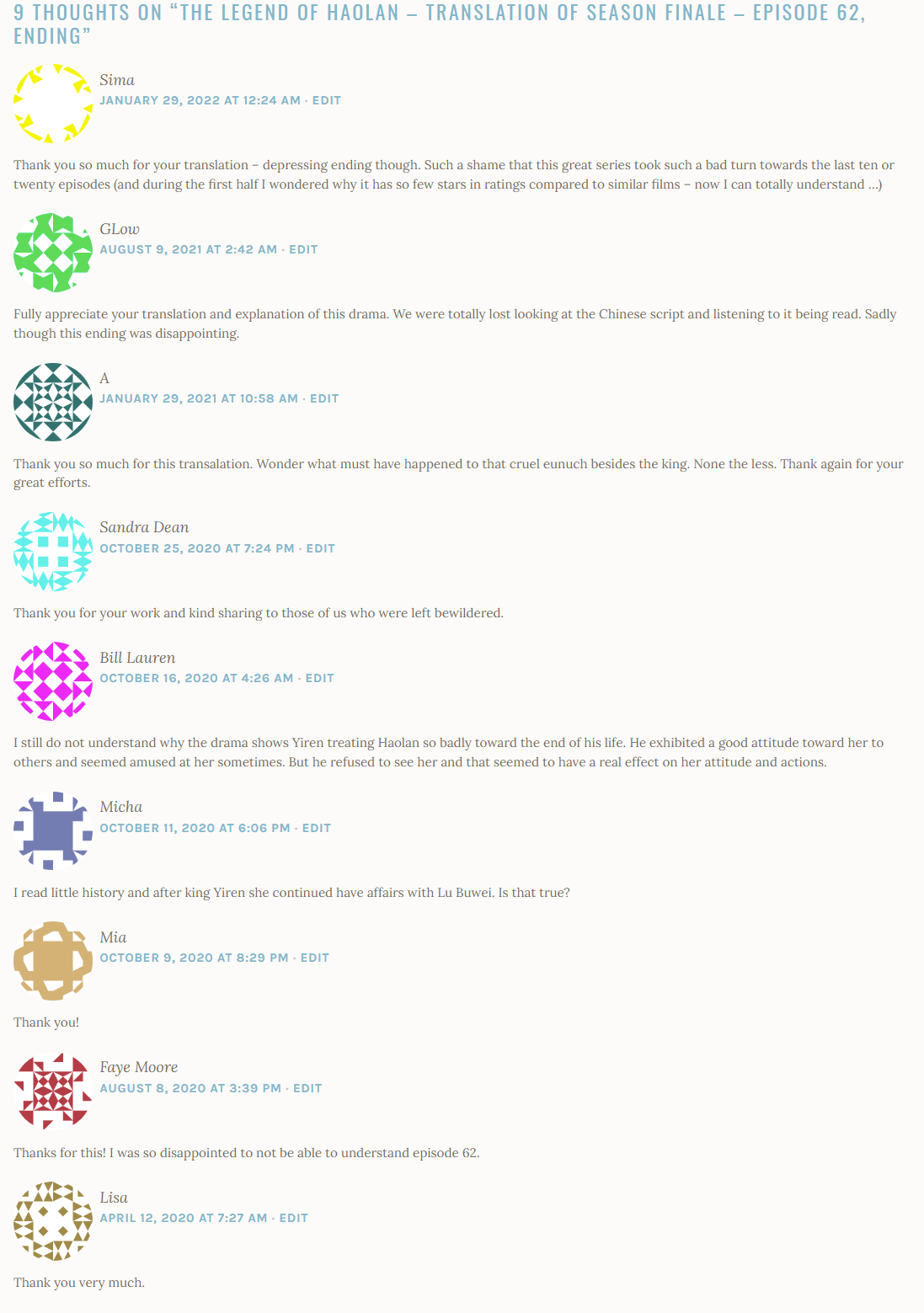